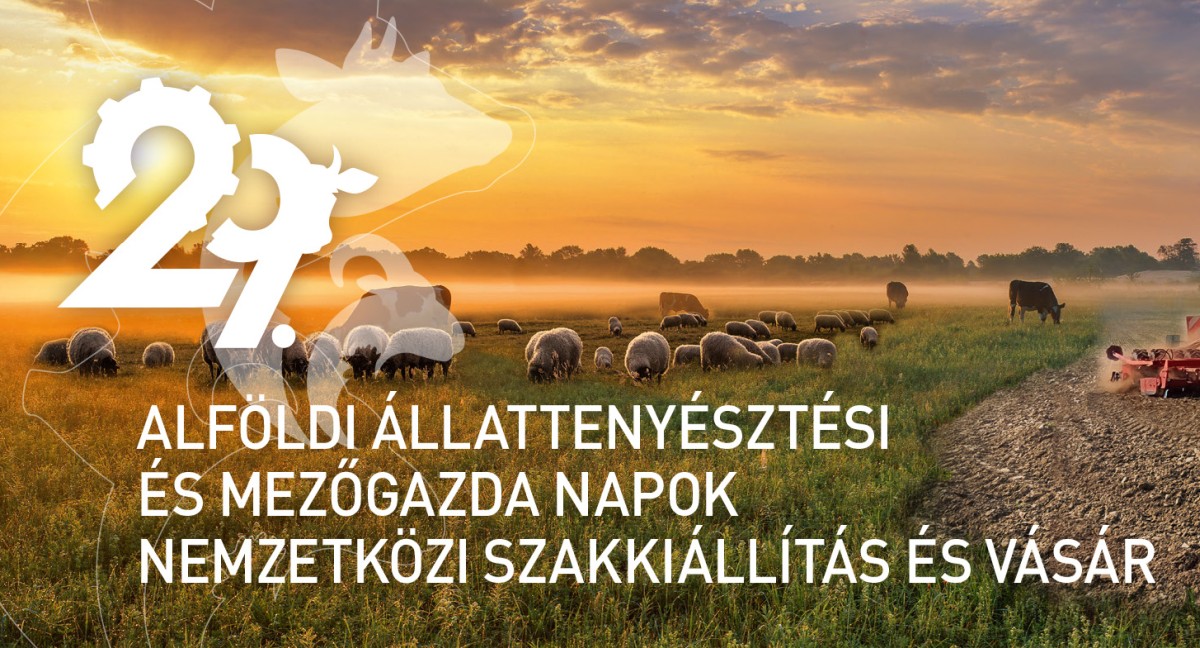 In 2022, the 29th Hungarian Great Plain Animal Husbandry and Agricultural Days Exhibition and Fair will be held again at the usual time in spring, on 5-6-7 May.

Since 1994, the exhibition has become one of the most important industry meetings in Hungarian agriculture, organized by Hód-Mezőgazda Zrt. in Hódmezővásárhely, and co-organized by the Association of Hungarian Livestock Breeders and its member organizations.

The company created the culture of modern animal exhibitions in Hungary and introduced animal reviews based on the model of the countries that are most ahead in animal husbandry. Also impressive in its appearance, the animal exhibition area hosts a large and wide variety of indigenous and some rare and special breeding animals. The pleasant, Hungarian-style, reed-covered animal exhibition spaces with their wooden structures create the perfect atmosphere for the largest agricultural trade meeting in the region.

When organizing the exhibitions, the most important aspect of the organizing team is professionalism!

This also sets the tone for the program of the exhibition. Public show reviews and breeding animal auctions reflect a current image of the leading edge of the domestic population. They also reflect the prevailing market situation, since the profitability of the livestock sectors also affects the distribution and number of participants in the exhibition. Sometimes pig farmers, other times cattle farmers struggle to afford the costs of the exhibition, but we also see that breeders do their best to participate in the Hódmezővásárhely expo. As a result, the exhibition has been growing almost uninterruptedly. Thanks to this development, livestock-related crop machinery is also being introduced in increasing numbers.

The agenda of the exhibition has been almost the same since the beginning, with the previous year’s program serving as a guideline but, for a live animal show, the headcount of each species only becomes final in the weeks before the exhibition, so the detailed and final schedule of the reviews and events can only be finalized at a later point, for which we ask for your patience.

A large part of Hungarian agriculture is represented at the fair in Hódmezővásárhely, from reproduction biology to veterinary medicine, breeding technology and animal feeding—everything that’s necessary for animal husbandry—in addition to seed producers, fertilizer distributors, machine manufacturers and distributors, and advocates of different techniques and technologies.

HRP Europe Kft. is the largest DJI distributor in Hungary, the manufacturer’s only European distribution center for agricultural drones in our region, and a dominant IT distributor on the local market, offering a full portfolio of products, in addition to consulting and educational services on DJI tools and solutions to its reseller partners.

With more than 14 years of experience, our featured MyActionCam sales and service center manages both warranty and out-of-warranty issues, while our expert colleagues are committed to returning the device to its users in perfect working order.

This website uses cookies to improve your experience while you navigate through the website. Out of these, the cookies that are categorized as necessary are stored on your browser as they are essential for the working of basic functionalities of the website. We also use third-party cookies that help us analyze and understand how you use this website. These cookies will be stored in your browser only with your consent. You also have the option to opt-out of these cookies. But opting out of some of these cookies may affect your browsing experience.
Necessary Always Enabled
Necessary cookies are absolutely essential for the website to function properly. These cookies ensure basic functionalities and security features of the website, anonymously.
Analytics
Analytical cookies are used to understand how visitors interact with the website. These cookies help provide information on metrics the number of visitors, bounce rate, traffic source, etc.
SAVE & ACCEPT
Powered by